The Character of the Community

I’d like to address a phrase that keeps popping up in public and private discussions. The “character” of West Chester seems to be a popular phrase used by Township officials and employees. Exactly what does “the character of West Chester” mean?

In my observations, when any government agency uses noble sounding words that cannot be easily defined, it’s intentional. Politicians, the regulations they pass and the government workers that enforce them love the vagueness embedded in laws and codes. It gives them power and authority that wouldn’t be available with specifically defined regulations. It also makes it easier to pass overreaching regulation with little if any opposition. 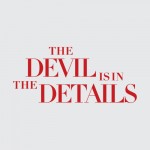 There are few consequences to the elected officials as the enforcement of the regulations falls to hired staff. When you take your problem or concern to your elected officials, they simply forward your questions and concerns to the same staff that that issued you the citation. They are inoculated from the nonsensical enforcement of what was presented as a seemingly needed sensible and logical regulation that they enacted. As usual, the devil is in the details. We’ve all seen and heard of examples of this across the country with little kids getting their lemonade stands shutdown The Inexplicable War on Lemonade Stands. Another example was a woman fined $5000 for throwing a birthday party. I doubt the politicians passed a “no birthday party” zoning resolution but somehow, an apparently overstaffed or under worked zoning department was able find time to harass a family with the “details”.

So, what does “the character of the community” actually mean?

Neighborhood character refers to the ‘look and feel of an area, in particular a residential area. It also includes the activities that occur there.

So, what is the character of West Chester Township?

As I’ve told several Township staff and Officials, there isn’t just “one”. Every area and neighborhood in our Township has a different and unique character. You couldn’t define the character of our Township using Wetherington. It would be equally inaccurate to use Port Union to define the character of our township. Thinking back, I don’t recall any objections by the small villages that dot our township as the expensive subdivisions began to pepper our area. At one time, it was the subdivisions that were out of character. Now, it’s the people that live in the HOA communities (running our township) and using the power of office to declare 50+ year old communities “out of character”.

While the “general” character of our township has changed over time, It hasn’t changed much in Pisgah or Maud, Port Union or Gano. Unfortunately for those that live in the older areas, the population has changed and with that so has the politics, power and influence.

What’s good sensible regulation for a planned and developed subdivision might be unfair and dysfunctional as a township wide regulation. Multiple complaints from a single subdivision or sometimes a single street does not rise to the need to amend our township regulations. Besides, many issues can be addressed through the home owners association which was in most cases, drafted with the development of that neighborhood.

I’m not suggesting we run the Township like the Wild West or even like it was during it’s rural roots. Improving our community is a noble cause. It’s just that when done with a biased perspective it appears to be a bit punitive towards the older sections.

The Township’s ability to regulate is not a tool for our elected and paid public servants to address their personal subdivision HOA issues. I can understand the motive. If you’ve invested $300k in a model home in Beckett Ridge, you don’t want the house next door to turn into a junk yard. That would be out of character. However, if someone chose to buy a home in Maud, in part because of its character and “the activities that occur there”, it’s your model home that would be “out of character”. Complaints and attempts to alter that neighborhood would be unfair as well as selfish. The same applies if a person uses the power of their position to address their personal vision through the township regulations. Fixing a Beckett Ridge problem should be done at a HOA meeting. When the power of the township is used, its affects are felt across the township. A zoning law created to protect the rights of a small group at the expense of the rights of many others is wrong. When that zoning law also tilts in favor of the higher income neighborhoods it’s not just wrong, it’s exclusionary.

Exclusionary zoning is the utilization of zoning ordinances to exclude certain types of people from a given community. It’s not always intentional. People that seek office are more likely to be in the upper incomes as are the Administrators and Directors that work under them. They tend to live and work in an echo chamber of like minded people. They see the “character of the community” from a confirmation bias. Passing restrictive zoning resolutions based on the view of their front porch assumes that the appearance of other neighborhoods is simply a choice. It ignores the cost burden placed on those least likely to be able to afford expensive compliance. Couple that with a Township with a “win at all cost” attitude, forcing residents to have to spend thousands of dollars in legal fees to fight for their constitutionally protected right of “prior non-conformance”.

If the older communities can neither afford the cost of compliance nor the legal fees to defend their “grandfathered” rights, those properties carry an additional risk and financial burden.

Zoning should not be used to alter the character of a neighborhood but to actually protect, foster and nurture its presence. 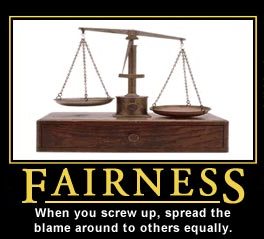 I realize it’s the Township employees interpreting and enforcing the code. Our elected officials simply pass our verbal and written objections along to the proper department…”It’s not their job”.

I don’t accept that.

It was their job to decide the merits of a proposed change to the zoning code, to investigate the impact to other areas and to insure the regulation wording was not so general that it’s interpretation and application allowed the enforcement officer to be both judge and jury. It’s also political cowardice to vote in favor of regulations and then pass the buck (hide behind) township employees.

I could expand this article to address the huge amount of tax payer money being spent to defend our overzealous zoning department but I think I’ll save that for another article.