Half measures availed us nothing 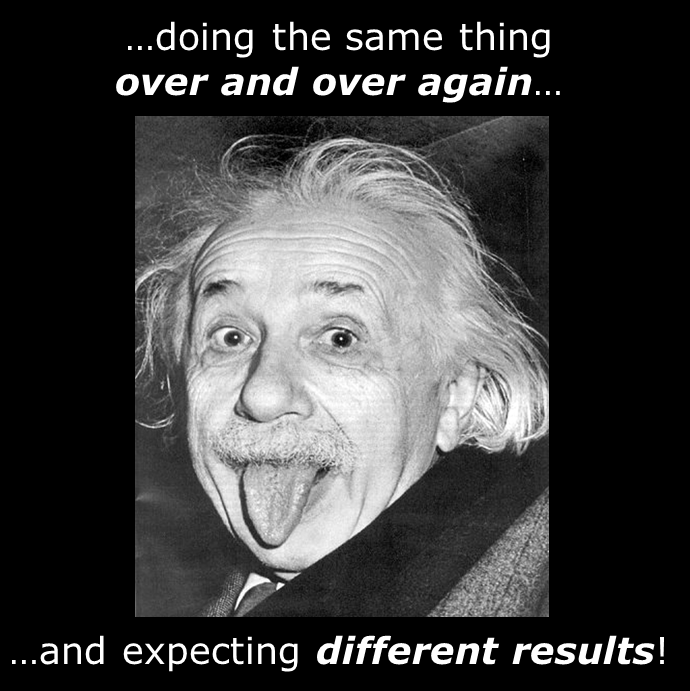 No, this article isn’t about alcohol but it is about recovery. I borrowed that phrase from the Alcoholics Anonymous Big Book…chapter 5 “how it works”. I’m very familiar with the book, the phrase as well as the concept of half measures. I drank my last beer Oct 21 2003 and while I realize many friends seem to view it as if I hacked off an arm, I really don’t even think about it. I do think about some of the things I learned in the year or so that I attended AA meetings. Mostly because I see the wisdom of the program and the Big Book  manifest itself in all aspects of life. 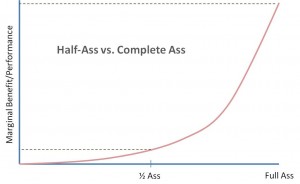 The most recent example of “half measures” and the nothing that you get from them landed in my inbox the other day. Before I get into the email, lets first discuss the “return on investment” (ROI) of half measures. Most people would assume that a half measure or half effort (see: half assed attempt) would yield a 50% ROI. That may be true of some things but just like quitting alcohol, goal oriented objectives typically produce nothing (or very little). Some things cannot be “almost” done. Another point is that just past the half assed point, results grow exponentially. A person that goes 10% passed half assed will double the results of his half assed counterparts.

Politics is one of the areas of life where you either do…or you don’t. If you go into the battle without full commitment, you are basically just wasting your time. In the case of an organization, you are wasting a lot of peoples time (and money). This brings me to the case in point…John Boehner. To be more specific, those opposed to John Boehner. 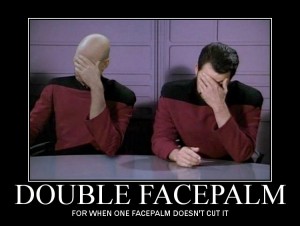 The email I received was a forwarded message from a national organization, asking for donations and promising to provide robo-calls and radio ads in opposition to John Boehner’s nomination in the May primary. Encouraged to see someone at the national level show interest, I contacted a friend that is very active locally in “get out the vote” (GOTV) efforts. He’d love nothing more than mobilizing a small army in Ohio’s 8th District but can’t. It takes funding to pull off something of that scale. My friend also understands “half measures” it seems. He told me he spoke to the same national group weeks before and for me not to bother…”not a dime” were his exact words when I suggested that there may be a chance to get some help.

The 2012 RNC was the political version of the the guy Billy Jack kicked in the face, after telling him he was going to kick him in the face.

DNC: You know what I think I’m gonna do then? Just for the hell of it?
RNC: Tell me.
DNC: I’m gonna take this right foot, and I’m gonna whop you on that side of your face…
[points to RNC’s right cheek]
DNC: …and you wanna know something? There’s not a damn thing you’re gonna be able to do about it.
RNC: Really?
DNC: Really.
[kicks RNC’s right cheek, sending them to the ground]

So here we are in 2014 facing a primary election. There are tens of thousands of motivated people. There are going to be hundreds of thousands of political donations collected with Boehner’s face plastered on the screen, card, email, etc…and not a dime of it will be used for a ground game or GOTV effort. We have examples up the wazoo and the internet is filled with articles that go into great detail on how a superior ground game and GOTV effort handed the GOP an embarrassing loss. I say embarrassing because it wasn’t as if Obama was riding a wave of popularity.   Perhaps we need to duck tape every right wing political consultant to a chair and force them to watch Bill Murry’s “Ground Hog Day”. Bill Murry learned, made adjustments… Conservatives and Republicans seem to learn little.

Half Measures – My Prediction 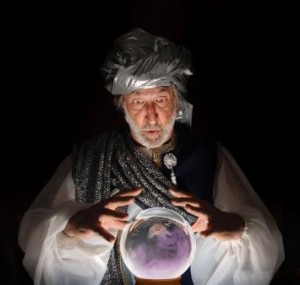 In the case of the May primary for the 8th District of Ohio…half measures will return zilch, nada, nothing. Hundreds of thousands, perhaps millions will be collected by national org’s using Boehner as the poster child, only to be sucked up by the black hole of administration costs, more fundraising and overpaid wonks that have a learning disability when it comes to tactics. The Tea Party and Ohio Liberty Coalition will share funny Boehner pictures with each other on Facebook and attend their meetings…patting one another on the back for “showing up”. Millions of Americans will smack their fists on their desks, kitchen tables, etc…yelling that Boehner has to go, but doing little else (maybe sharing funny Boehner picures on Facebook).

In the end, for all the money, all the fist slamming and sore fingers from Facebook sharing…we’ll see Boehner reelected.

Here’s my message to the Tea Party Leadership Fund PAC and their “Primary Boehner” project…Go big or stay home. If you aren’t interested in a GOTV effort, a real ground game. If you can’t learn from history…don’t waste our time. Don’t use us, our Congressional District and our Primary election to fill your donation coffers unless you are willing to put boots on the ground.

Ground Game…learn from the past

“We are poised to blow the Obama campaign out on Election Day thanks to a superior GOTV (get out the vote) program,” Republican National Committee political director Rick Wiley wrote in a memo sent the day after Biden’s Colorado visit. “The Obama campaign’s superior ground game is a myth,” said Wiley, promising a GOP victory. “It’s (ground) game over.”

Just one day later, Republicans were echoing the vice president’s assessment, with one top Republican telling CNN: “Their (ground game) deal was much more real than I expected.”

On paper, Democrats’ turnout efforts this year dwarfed those of their GOP counterparts. The 125 million voter contacts the Obama team claimed were more than twice the Republican total. The hundreds of Democratic field offices outnumbered GOP outposts by greater than 2-1 or 3-1 in key swing states. http://www.cnn.com/2012/11/07/politics/analysis-why-obama-won/

According to Messina, the campaign will knock on 150 percent more doors than it did in 2008, in addition to registering roughly that many more voters than four years ago. They are also planning a multiplatform digital operation to engage voters during the convention, as well as a “dashboard” that would allow people to organize unregistered voters or those not yet supporting a candidate by using the campaign’s own voter lists.

In North Carolina, he added, the campaign had 50 field offices, while the Romney campaign has yet to open its 20th. In Ohio, Messina said, those numbers were 100 and 30, respectively.

“They are doing more than the McCain campaign, so I want to give them credit for that. But they are nowhere near where we are on the ground,” he said. “We are going to be the only campaign that can both persuade voters and turn out our voters because of what we are building on the ground. They just don’t have what we have.” http://www.huffingtonpost.com/2012/09/04/jim-messina-democratic-convention_n_1854481.html

A reader has to clear it up for the author…this is why we lose elections.

I researched the data. What I found was this- Wood county Ohio has a voting age population of roughly 93,000. Registered to vote, there were about 106,000. So there was about 10,000 more people registered to vote than actually live in Wood County, according to the census data. What the data left out, though, was the roughly 17,000 students at Bowling Green University, who vote in Wood County while at school, but their “Home” address is still listed as the county in Ohio from which they came. (and, where they are not registered to vote). So voter registration drives did do a great job getting a very large percentage of the voting age population registered, but it was less than 100%, when you take the University population into account. http://www.punditpress.com/2012/11/good-news-obama-won-county-in-ohio-with.html

Evolve people…you don’t have to like democrats to study their methods, or god forbid, accept that yours suck by comparison.