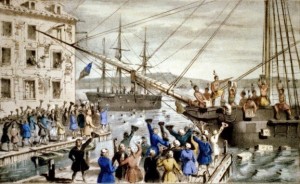 “Landslide victories” are quite common in countries where elections are scripted, devoid of choice, and really just for show: Venezuela, Russia, North Korea and so on. In the United States, by contrast, they are exceedingly rare.

Modern conservatives typically point to Ronald Reagan’s re-election in 1984 as the most significant, demonstrative, and yes, “landslide” voter affirmation of conservatism in recent memory. In that election, President Reagan received 58.8% of the popular vote. When the penultimate electoral validation of one’s lifetime still consists of roughly four out of ten voters disagreeing with you, it becomes clear that American politics is mostly about winning at the margins.

It is against that backdrop that Tuesday’s election results — in particular, the profiles of those elected to serve on the Republican Central Committee for all 44 of West Chester’s precincts — becomes not just notable but downright stunning. When these members-elect convene to begin serving their new terms in office, a majority of those seats will be held by declared members of, and/or sympathizers with … the Tea Party.

Yes, the Tea Party. The extremist, whacko, racist, anarchist, despicable Tea Party. Evidently, in West Chester at least, they’re not so “extreme” after all.

Months ago, the West Chester Tea Party chapter strongly encouraged its members and sympathizers to consider running for the Republican Central Committee. In view of this committee’s key role of endorsing (or, not endorsing) candidates for office who seek to run as Republicans, the Tea Party recognized an opportunity. Clearly, the best way to ensure prospective Republican candidates share the group’s three core values was to wield as much influence as possible on the committee, the committee that decides who runs for office as a Republican and who does not. And the most direct and effective way to wield influence on that committee, is to get elected to serve on it.

Accordingly, in the weeks and months leading up to Tuesday’s election, the West Chester Tea Party repeatedly published a list of Central Committee candidates who were also Tea Party members. In all, 28 of the 44 precincts (64%) featured a WCTP candidate. Many of these candidates were political novices. Yet a full 67% of the time, in contested races, the Tea Party emerged victorious.

Sixty-seven percent. Two-thirds. In politics, ladies and gentlemen, that qualifies as a landslide!

Tuesday’s election featured twenty multi-candidate races. A whopping ninety percent of those featured a Tea Party candidate. And in those eighteen races, the Tea Party candidate won more than two-thirds of the time: twelve confirmed victories in seventeen races, with one race (Precinct 5) still tied as of this writing. So, in addition to the ten Tea Party candidates who ran unopposed, this presents a clear Tea Party majority opportunity. Should Evan Thomas ultimately prevail in Precinct 5, 52% of the committee would be composed of Tea Party members.

But Tea Party influence on the Central Committee will run far deeper than even those numbers indicate. Even the non-Tea Party members of the committee are apt to respect and defend the group’s three core values (fiscal responsibility, limited government, free markets).

Precinct 4 winner Bruce Jones, for example, may not be on the WCTP roster … but in the course of his (successful) campaign to become West Chester Fiscal Officer two years ago, Mr. Jones explicitly sought the endorsement of the Tea Party, based on what he saw as largely shared values. He fell just short of the threshhold required for endorsement, but he received 50% more Tea Party votes than any other candidate. Clearly, the principles and qualifications of Mr. Jones were found by the Tea Party to be far more appealing than unappealing.

In keeping with our grand and blessed tradition, the citizens of West Chester spoke with their ballots on Tuesday. And they said: more tea, please!

So, what does this mean for West Chester?

In the opinion of this Tea Partier, and committee-member-elect, it’s not complicated at all. The core values that have shaped this community will continue to do so, because Tea Party values are West Chester values. It’s just rarely portrayed that way.

In truth, the Tea Party is far more transparently understandable than the mainstream media would lead you to believe. Three values, six words. It’s that simple. Fiscal responsibility, limited government, free markets. If you want to know where the Tea Party stands on a particular issue, simply view that issue through those three lenses as best you can, and you’ll have your answer.

And forgive me for saying so, but there is absolutely nothing “extreme” about any of those values. In fact, they are values unashamedly shared by a majority of our fellow American citizens. And in West Chester, the number who share those values is even higher.

What, then, will these results mean for the future of the Butler County Republican Central Committee?

Exactly this: a majority of citizens honor-bound to evaluate candidates for office based, in no small part, on those three criteria. If a judge, does their work history suggest strict adherence to the constitution and to the law? If a commissioner, do they support free markets, and are we convinced they are more likely to cut red tape than to create it? If an auditor, does their résumé reflect fiscal responsibility? And if an Ohio Representative or Senatorial candidate, do they demonstrate a clear understanding of and passion for all three of these values?

Speaking of the Republican party, the aforementioned Mr. Reagan once exhorted the GOP to raise “a banner of no pale pastels, but bold colors which make it unmistakably clear where we stand on all of the issues.” Speaking of the Tea Party, there has never been a grassroots organization so abundantly bold and clear as to where it stands: for limited government, for free markets, and for fiscal responsibility.