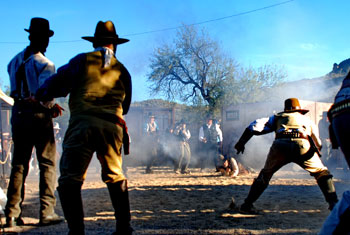 Until Zoning was invented, the people had to deal with sign owners on their own

Since 2012, I’ve had the opportunity to watch West Chester Trustee Lee Wong drag his well worn and tattered straw man onto the wrestling mat. The result is always the same, Mr. Wong is 4-0 against the “Wild West” strawman by my calculations. I imagine somewhere, perhaps at Mike Juengling’s office, after defeat, they rush Mr. Wild West to a makeshift emergency room for strawmen. Lee beats the straw out of him and after a team of zoning doctors heal him with fresh straw, he’s stashed away in a closet…until needed again. 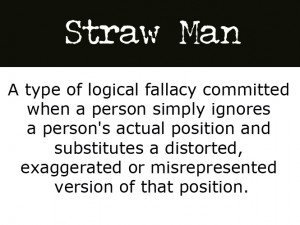 Last Tuesday, at the Tea Party Q&A with the Trustees, as Trustee Wong again dragged poor Mr. Wild West in the ring…I thought, how can I stand by and let Lee Wong beat this straw man mercilessly, again and again, without saying something.

I don’t think our zoning department is behind the beatings but they certainly appreciate the buffer that the straw man provides. Without him, they might actually have to answer to the people of our Township. If Mr Wild West Straw man were a person, he’d probably be the Community Development “employee of the year”….two years running.

Whenever the question of overreaching zoning is addressed to the West Chester Board of Trustees, Lee Wong suggests that without it…we would revert to the days of the “Wild West”. In his world, it’s one or the other. We either beat our residents into submission with rules, laws and authority…or we have anarchy. Given his background, it’s not surprising, Lee Wong was battling crime long before becoming a Trustee.

Bio: He has a Masters of Science degree in criminal justice from the University of Cincinnati and is now retired from the United States Army after 20 years of active duty service having served as a Special Agent for the Criminal Investigation Division.

I have nothing against fighting crime…I do have a problem with making people criminals with a stroke of a pen. I also have a problem with the intellectually dishonest argument that a person turned into a criminal by a 2-1 vote must be punished…or allow chaos and bloodshed in the streets. It’s a ridiculous assertion and an equally ridiculous defense for what appears to be simple political pandering.

As I pointed out in Trustee Wong’s most recent straw man defense, none of the elitist zoning regulations would (if removed) affect him at all as he lives in a neighborhood that already has strict land use rules. In fact, many of the Board and the Administration of West Chester Township live in HOA communities with strict rules. While the view of West Chester from their porch might appear to be the “Character of our Community”, I assure you it’s just their view. Attempting to force HOA appearance standards on the entire Township is not only elitist, it creates problems where none existed, criminals where there were none.

Our Township offers home-owners various flavors of “Character”, rules and pricing. People can (and do) choose to live in neighborhoods without HOA’s. It’s wrong to assume and impose your value system on others.

Mr. Wong, you are supposed to represent all the people of West Chester Township. That includes the working class, the tradesmen, the blue collar. It’s absurd, no…make that insulting, to have service trucks, landscaping services, etc running from one gated community to the next, from one HOA neighborhood to another….and at the same time, telling them that we don’t want their kind living here in our Township.

Mr. Wong, please retire your straw man argument, your snob dog whistle, address zoning questions honestly and directly. I seriously doubt we are going to have gun fights in the street if we allow a person to park their pickup truck in their driveway or wear a costume to promote a business.