Is he really a Republican? 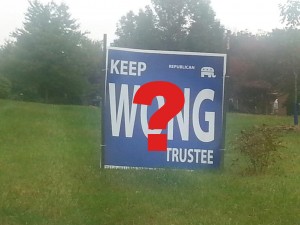 What determines a politician’s political party affiliation? You would think that this very important bit of voter information would require something more than just an individuals politician’s choice….right?

Think about it for a minuet. What would happen if you opened a fast food restaurant and placed the McDonald’s logo on all your signs and advertising? I think the response would be swift and consequences expensive. How about doctors? Lawyers? In many aspects of out life, we assume that somewhere, somehow, someone is on top of all this. I know there are consequences for practicing law or medicine without a license.  We, the voters, the common folks just assume that the “powers that be” have crossed these bridges in the past and that there are checks and fail safes built into the system. I’m not suggesting that there should be a required license for party affiliation and I realize the slippery slope concerns but isn’t party affiliation the first lie we get from politicians?

Why Is This Important

Let’s look at this from the Dr Phil perspective. In practically every episode of Dr Phil, we hear him probe the “payoff” of the dysfunctional and it’s one of his “life laws”.

Life Law #3: People do what works.
Strategy: Identify the payoffs that drive your behavior and that of others.

For the politician in general, and in this specific case, Trustee Lee Wong…the obvious payoff is the ability to work both sides of the political spectrum. The gains outweigh the loss. A cunning politician can govern and vote one way while in office and campaign another way at election time. I’m sure this shape-shifter plan has been used for just about every party and in every election since this nation seen it’s first election….and from dog catcher to President. However, it’s most used against voters by Democrats and Republicans. In the case of Township Trustee, it’s even easier to game the system.

Who has time to watch every West Chester Trustee meeting? How would you even know the voting history of our Trustees? Is there anywhere to get it? A person that records it? In state and national politics, there are many eyeballs on the process, many resources for the information. Not so at the Township level. I know because I inquired with several people, including the West Chester Fiscal Officer Bruce Jones who actually calls out and records the votes in all official meetings. According to him, the votes are recorded, they are just not readily available. A person interested in this information would need to get a copy of every Trustee meeting minutes (about 22 per year) and read each one. If you want to see how Lee Wong voted the last four years, you’ll need a whole weekend to download and read.  How many West Chester voters are going to spend that much time choosing a Trustee to vote for? This is how and why Lee Wong wears the “republican” costume every election. He appeals to informed voters on the Democrat side because he supports Catherine Stoker (and she supports him) in almost every issue and vote. He appeals to the uninformed republican voter that simply votes by party. It’s a win-win.

This sort of deception is only possible because the “powers that be” in the parties really have no soul. While “we the people” suffer from their wasteful spending, laws and regulations…they are only concerned about the number of “R’s” and “D’s”. We’ve seen this play out over and over for years. The number of “R’s” in any political entity is no assurance that we’ll be governed by any value system that means something to us. We see it in Washington every day and I’m reasonably sure that if someone were to research the Trustee voting history for West Chester, we’d see it in the case of Trustee Wong. I say this having watched dozens of meetings not to mention the file folders full of meeting minutes I’ve downloaded in the course of building this website (http://westchestertownhall.com/open-government-project/). You don’t have to watch 4 years of West Chester Township meetings to see Trustee Wong’s ongoing (and at times cantankerous) battles with Trustee George Lang and Fiscal Officer Bruce Jones. You don’t need to spend hundreds of hours watching Township meetings to realize that Lee Wong and Cathrine Stoker (the supposed only Democrat) have long had a mutually beneficial arrangement.

Consider this…..His first political decision, his “party” is a deception. Do you really expect someone that would deceive you at “introduction” to be worthy of your “trust”? It’s not an accident or a coincidence that the office he’s running for is called “Trustee”.

Here’s your chance to send a RINO packing…send a message. 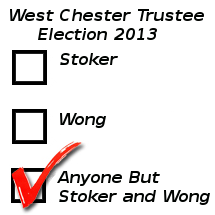 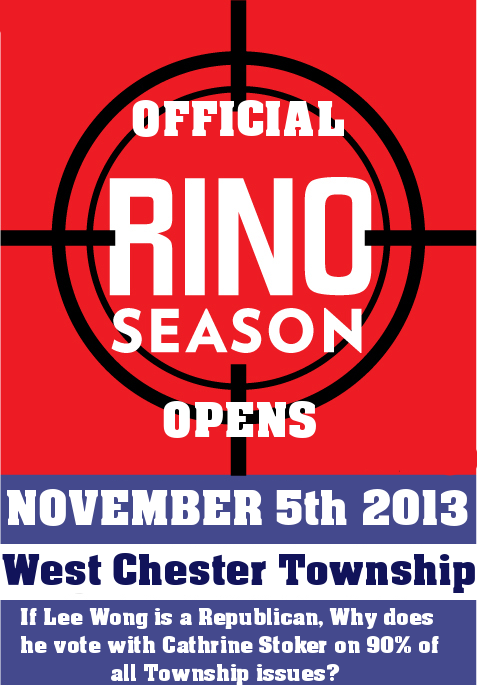