We have all heard the axiom “you are entitled to your own opinion but not your own facts”.

As accurate as that is and sounds, it is really just the first layer of an onion of inaccuracy. Facts are funny things. If I could control all sources of information that Mr. Smith receives, I can control Mr. Smith’s facts and thus his opinions.

I’ve always been an avid reader. Perhaps that’s where my inner computer geek was born. In my youth, books were the only place to “surf” and book stores were the “world wide web”.  As I sit and wrestled with a recent dilemma, (different friends with different facts and opinions), I thought of two books I read as a young man. One was George Orwell’s “1984” and the other, (an essay actually) was Isaac Asimov’s “The Relitivity of Wrong” (Asimov is my all time favorite Author).

Both Authors address similar aspects or layers of my onion so to speak.

Quoting from George Orwell’s “1984”, he addressed the topic quite eloquently.

And if all others accepted the lie which the Party imposed – if all records told the same tale – then the lie passed into history and became truth. “Who controls the past,” ran the Party slogan, “controls the future: who controls the present controls the past.” And yet the past, though of its nature alterable, never had been altered. Whatever was true now was true from everlasting to everlasting. It was quite simple. All that was needed was an unending series of victories over your own memory. “Reality control,” they called it: in Newspeak, “doublethink.” – George Orwell 1984

He boiled it down in a later chapter to this…

The past was erased, the erasure was forgotten, the lie became truth 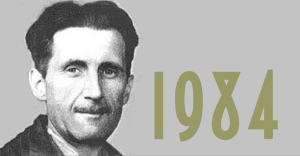 We live in a world where we control our own Facts & Truth. We are bombarded with evidence of this self control on our TV screens. If you are A Liberal, you likely watch MSNBC and if Conservative, you likely watch Fox. In other words, we choose our echo chamber and then argue from our own confirmation bias. If we hear the same thing from enough people in our inner circle (echo chamber) then it must be a fact. Once empowered with these facts, we share, debate and argue from that premise.

The second quote is from Isaac Asimov’s “The Relitivity of Wrong”. it’s a lengthy quote and I edited some parts but important to this article.

The basic trouble, you see, is that people think that “right” and “wrong” are absolute; that everything that isn’t perfectly and completely right is totally and equally wrong. However, I don’t think that’s so. It seems to me that right and wrong are fuzzy concepts. (…)

First, let me dispose of Socrates because I am sick and tired of this pretense that knowing you know nothing is a mark of wisdom.

In his discussions of such matters as “What is justice?” or “What is virtue?” he took the attitude that he knew nothing and had to be instructed by others. (This is called “Socratic irony,” for Socrates knew very well that he knew a great deal more than the poor souls he was picking on.) By pretending ignorance, Socrates lured others into propounding their views on such abstractions. Socrates then, by a series of ignorant-sounding questions, forced the others into such a mélange of self-contradictions that they would finally break down and admit they didn’t know what they were talking about.

Young children learn spelling and arithmetic, for instance, and here we tumble into apparent absolutes.

How do you spell “sugar?” Answer: s-u-g-a-r. That is right. Anything else is wrong.

But short-answer tests are, to my way of thinking, useless as a measure of the student’s understanding of a subject. They are merely a test of the efficiency of his ability to memorize.

You can see what I mean as soon as you admit that right and wrong are relative.

How do you spell “sugar?” Suppose Alice spells it p-q-z-z-f and Genevieve spells it s-h-u-g-e-r. Both are wrong, but is there any doubt that Alice is wronger than Genevieve? For that matter, I think it is possible to argue that Genevieve’s spelling is superior to the “right” one.

Or suppose you spell “sugar”: s-u-c-r-o-s-e, or C12H22O11. Strictly speaking, you are wrong each time, but you’re displaying a certain knowledge of the subject beyond conventional spelling.

Suppose then the test question was: how many different ways can you spell “sugar?” Justify each. (…)

If the teacher wants 4 for an answer and won’t distinguish between the various wrongs, doesn’t that set an unnecessary limit to understanding?

If you were then told that 9 hours had pass since midnight and it was therefore 9 o’clock, and were asked what time it would be in 5 more hours, and you answered 14 o’clock on the grounds that 9 + 5 = 14, would you not be excoriated again, and told that it would be 2 o’clock? Apparently, in that case, 9 + 5 = 2 after all.

In other words, what Asimov is saying is that there is really no absolute right or wrong. We are conditioned to this…or trained to deal in absolutes. This is how we are controlled.

Back to 2014, my friends and the dilemma. The reason I’m writing this article, sharing the quotes, is because it is my hope that people keep in mind that (A) we all choose our echo chambers (friends), that (B) a statement or accusation repeated often is not necessarily a fact and lastly, (C) there are no absolutes, all answers to all questions are shades of grey and not black and white.

The best way to avoid getting trapped in your own echo chamber, confirmation bias, absolutism, groupthink….is to investigate, question and challenge versus accepting, parroting and assuming.

One final note…it’s not a book or an essay but an image, also important to the article…