Govt. Spending of Unbudgeted Revenue
Government entities may derive income from sources other than taxation.When that occurs, the money, nonetheless, belongs to the citizens, who, thru elected representatives, enable government officials to dispense these funds.

This power is derived under our system from the “Consent of the governed,” a (successful) political theory (adopted by our founders) stating that a government’s legitimacy and moral right to use state power is, or ought to be, derived from the people or society over which that power is exercised.” This theory of consent (of the governed) is historically contrasted to the “divine right of kings.” (from Wikipedia)

Funds legally accruing to a government entity must be dispensed only to serve the people in the manner that has been recorded in law, not to charity or special interests by means of stretching such language as the general welfare clause of the U.S. Constitution. Remember, it is “Provide for the Common Defense, Promote the General Welfare”—Provide and promote have entirely different meanings.

Indeed, we see the Constitution state that powers not specifically enumerated therein, are reserved to the states or to the people. Locally, we also subscribe to the principle that the role of local government relates to its core competencies.

* The principle must apply to all levels of government.

* Examples illustrating this principle are many.

James Madison, father of our Constitution, in 1794 before the House of Representatives stated, “The government of the United States is a definite government, confined to specified objects. Charity is no part of the legislative duties of the government.”

Virginia Representative William Giles stated it was neither the purpose nor the right of Congress to “attend to what generosity and humanity require, but to what the Constitution and their duty require.”

Franklin Pierce, 14th President, vetoed a bill stating, “I cannot find any authority in the Constitution for public charity,” adding that to approve such spending “would be contrary to the letter and the spirit of the Constitution and subversive to the whole theory upon which the Union of these States is founded.”

Grover Cleveland, in 1887, in vetoing a bill said, “I feel obliged to withhold my approval of the plan to indulge in benevolent and charitable sentiment through the appropriation of public funds—I find no warrant for such an appropriation in the Constitution.”

Tennessee Representative Davy Crockett before the House of Representatives said, “We have the right, as individuals, to give away as much of our own money as we please in charity, but as members of Congress, we have no right to appropriate a dollar of the public money.” 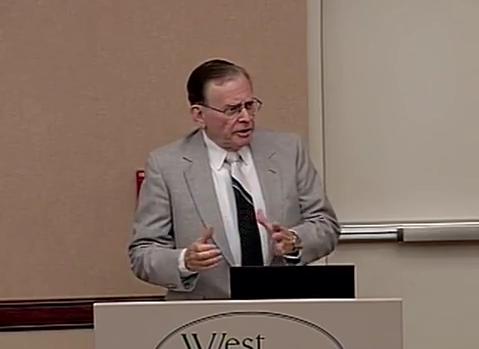 Mr. Rullmann, a retired CPA and resident of West Chester, is a frequent attendee of Township meetings. While many people spend their retirement relaxing and enjoying family and hobbies, Mr. Rullmann has dedicated a great deal of his time advocating for the citizens of West Chester. A popular figure during the public comments portion of our Trustee meetings, Carl presents a valuable “peoples” view to the Trustees. We reached out to Mr. Rullmann and invited him to guest author articles for West Chester Town Hall.