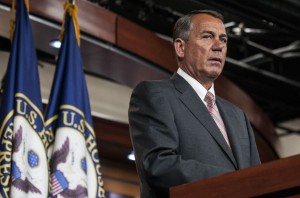 The West Chester Twp. Republican has been criticized by many in his party, including those who are tea party members, about not standing up for conservative values. This is why a few men in the 8th Congressional District, an area Boehner’s represented since he won in a surprise primary over former Congressman Tom Kindness, are seeking to unseat him. This is also why the Tea Party Leadership Fund announced last week it will seek a primary opponent for Boehner.

The party has supported Boehner since his first re-election bid in 1992. The party supported Kidness in 1990 following the scandal that led to Buz Lukens’ resignation in October of that year. On Thursday, 268 out of 363 votes went to endorse Boehner. However 26.2 percent went to either one of two political opponents