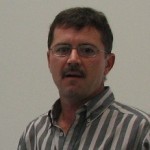 For years I just assumed I was a Republican. My parents were, my friends were…I knew I wasn’t a Democrat. I had to be a republican mainly because there were just two choices. Since I wasn’t one, I must be the other. Like most, I had allowed the system to tell me what I was. They use the “A or B” choice to their advantage. They weren’t winning my support on issues, they were simply offering a less distasteful version.

What a way to run a political party…I really don’t want either of my legs broken but hey, since I get to choose, I’ll take “B”. Thanks for only breaking one of my legs….see you next election.

In 2010, I decided I hated both parties equally. It happened after I had an up close and personal experience with Butler County Government. The Butler County GOP has a virtual lock on governing our county and anyone unlucky enough to have to deal with our county government would quickly realize that they don’t govern much different than the Democrats.

What can you do?

I concluded that there wasn’t really much one man could do. You can’t fight city hall…right?

In 2012 I was forced to fight for what amounted to a “government taking” when West Chester Zoning attempted to force me to park my work truck somewhere besides my own driveway. I tried reason, logic and even offered up the constitution (Ohio & US). By 2013 I realized that the only way to change our government was to change the people in the government. I spent much of last fall fighting “city hall” by campaigning for Mark Welch. Following his victory I was again forced to organize and fight for my neighborhood again over a zoning change.

I learned that one person can make a difference…we can change our government.

I’m running for Butler County Republican Central Committee to continue the fight I began in 2012. We should have a choice between bad government and poor government. From my recent education of how to fight, I learned you do it from inside the system. We need the GOP to start earning the vote by providing us with an option that is better than bad or poor.

Electing me to Central Committee is one less vote for the status quo.